OH MY BABIES ARE ALL GOING UP IN SMOKE AND BLOOD AND FLAMES. I love this series. There isn't much more to say...JUST I LOVE IT.

Are they so adorable, little fighting machines of cuteness and bloody death?

BUT. Because my memory sucks, it'd be wise to list some of the awesomeness that went down in this one, right? Right. Very wise, Cait. You are a genius.

- There is a lot of PDA in this book. Like a lot. No one can keep their hands to themselves. It's like all the relationships hit a real high peak. Magnus and Alec are having real issues (mostly with Alec being super jealous he is not the SOLE sun in Magnus' life, which is really childish of him but he is only 18). And Jace is...um, not Jace. So obviously there are issues with him and Clary, but they get quite steamy regardless. Simon is just being his perfect unassuming adorable self, so he and Isabelle have trouble even hinting they feel for each other. BUT OMG THEY ARE SO SHIPPABLE. I ship everyone so bad and everyone basically sinks. (view spoiler)[ Because after all, Jace ends up with his body full of fire so, um, yeah, him and Clary ain't getting touchy touchy for a while now. (hide spoiler)]

- The way all the story lines wrap together is ART. They're seamless. I loved everyone and was so invested. I loved how the POVs were mainly split between what was happening in Jace/Sebastian/Clary's camp as opposed to Alec/Magnus/Simon/Isabelle's camp. I love all these guys equally so I was never annoyed to be in their POVs...

- ...except for Maia and Jordan. NO OFFENCE: BUT I DON'T FREAKING CARE ABOUT THE WEREWOLVES. They were just one bomb of sexual tension until snap and it's all kissing from there. Frankly, bleh. I couldn't give flying scream about them. 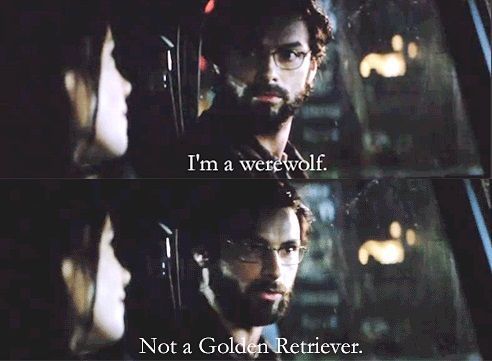 - But Clary's mother is...not a good mother. Let's just say she's one of the most sucky parents in the history of "my child has powers and a boyfriend, but maybe I can lock her in the bathroom to keep her safe." What even is wrong with you, Jocelyn?? You were a shadowhunter when you had children, you KNEW the life they'd be born into. Shut up and help out. Jocelyn continues to be one of my least favourite characters. The villains have more personality than her. Maryse was also very useless, but at least she was useless because she refused to be involved because she knew her children were doing illegal things and she didn't want to report the Clave onto them.

- SIMON THO. I love Simon. He continues to be one of my favourites. If I could only have one favourite in the whole series, it actually might be Simon. I love Jace to death, but that's the thing. I love Jace to death and I can see him dying bloody. But I LOVE SIMON SO MUCH I DON'T WANT HIM TO EVER DIE. I mean, he is dead. Vampire and all. But whatever. He is loyal and kind and unassuming and not pushy and sweet and decidedly geeky. If Isabelle is passing, I'm in line, okay?

- Jace and Sebastian are like twins in this one, which is freaking terrifying. I was really interested in the direction Cassandra Clare took us with Sebastian/Jonathan (whatever you want to call him). We almost see his regretful side. He's a psychopath through and through, but I kind of felt for him a few times. But URGH HE IS SO DISGUSTING AND CRUEL AND HEARTLESS. But then...it's completely unfair because Valentine tortured him and I do care that he's been so abused. Jace is back to being flippant and funny, but it's kind of off, since he's not really Jace. Just kinda. Just whatever. Read the dang book.

- Clary spends the book clarying, which is a term here that means "DAMN THE CONSEQUENCES AND SOCIETY AND I'LL FOLLOW MY HEART TO JACE AND WE WILL KISS UNTIL DAWN" which is slightly interesting but mostly 97%, "Really, Clary? Cool it and communicate with your friends and think about something other than Jace for two secs."

Basically? I loved this book. The stakes were totally high, there was so much action and so much tension between couples and the plot moved really briskly despite the book being like 550 pages. BRING ON THE LAST BOOK. Although *sob* I don't want it to end. This has been my favourite binge-read series of the year.

"The Silent Brothers are still exaimining him. They still say no visitors."
"Screw the Silent Brothers."
"No thanks. There's strong and silent, and then there's just freaky."
"Isabelle!"
(pg. 509)


"My mother seems to have accepted it," Alec said. "But my father - no, not really. Once he asked me what I thought had turned me gay."
Simon felt Isabelle tense next to him. "Turned you gay?" She sounded incredulous. "Alec, you didn't tell me that."
"I hope you told him you were bitten by a gay spider," said Simon.
Magnus snorted; Isabelle looked confused.
"I've read Magnus' stash of comics," said Alec, "so I actually know what you're talking about."
(pg. 396)


"Yes," Clary said, "Jace won't find that odd at all. You can just tell him you've always been secretly in love with him and you can't stand being parted."
"I could tell him I've given it thought and I completely agree with his and Sebastian's philosophy and decided to throw in my lot with theirs."
"You don't even know what their philosophy is."
"There is that. I might have better luck telling him I'm in love with him. Jace thinks everyone's in love with him anyway."
(pg. 147)


"And I don't see how Sebastian can be all that fond of Jace, either. He was horribly jealous of him all his life. He thought Jace was Valentine's favourite," added Clary.
"Not to mention," Magnus noted, "that Jace killed him. That would put anyone off."
(pg. 123)


“Basia coquum," Simon said. "Or whatever their motto is."
"It's 'Descensus Averno facilis est.' 'The descent into hell is easy," said Alec. "You just said "Kiss the cook."
"Dammit," said Simon. "I knew Jace was screwing with me.”
28 likes · Like ∙ flag

Sign into Goodreads to see if any of your friends have read City of Lost Souls.
Sign In »

“I don't care," Clary said. "He'd do it for me. Tell me he wouldn't. If I were missing-"
"He'd burn the whole world down till he could dig you out of the ashes. I know," Alec said.”
― Cassandra Clare, City of Lost Souls
tags: alec-lightwood, chapter-one, city-of-lost-souls, clary-fray, jace, mortal-instruments
2396 likes

“Basia coquum," Simon said. "Or whatever their motto is."
"It's 'Descensus Averno facilis est.' 'The descent into hell is easy," said Alec. "You just said "Kiss the cook."
"Dammit," said Simon. "I knew Jace was screwing with me.”
― Cassandra Clare, City of Lost Souls

“I stabbed you. With a massive sword. You caught on fire."
His lips twitched, almost imperceptibly. "Okay, so maybe our problems aren't like other couples.”
― Cassandra Clare, City of Lost Souls
tags: clary-fray, jace, repartee
1239 likes

“Speaking of hope, did you see that shot Alec got off with his bow? That's my boyfriend.”
― Cassandra Clare, City of Lost Souls
tags: magnus-bane
828 likes

“Even the trip throught the Portal had not disarranged Magnus's hair spikes. He tugged on one proudly. "Check it out", he said to Isabelle.
"Magic?"
"Hair gel. $3.99 at Ricky's.”
― Cassandra Clare, City of Lost Souls

“And I don’t see how Sebastian can be all that fond of Jace, either. He was horribly jealous of him all his life. He thought Jace was Valentine’s favorite,” added Clary.
“Not to mention,” Magnus noted, “that Jace killed him. That would put anyone off.”
― Cassandra Clare, City of Lost Souls
tags: clary-morgenstern, magnus-bane, sebastian-morgenstern
618 likes

THANK YOU! Someone else who was just SO not interested in the werewolf/Maia plotline!

I don't even know what it's there for!! Completely pointless imo.

Cait Grace wrote: "I don't even know what it's there for!! Completely pointless imo."

*minor not-really-a-spoiler-alert*
I've read City of Heavenly Fire, and it still doesn't seem like it was relevant.

My absolute favorite book of the series! :) Based on some of your comments, though I won't say which, the best piece of advice I can give you is to GUARD YOUR FEELS for CoHF. Have chocolate on hand. And tissues.

OMG. I'M GOING TO BE IN PAIN I JUST KNOW IT. Because so far no one hugely main-character-worthy has died and I knooooow it won't have a perfect ending. *cries piteously* Why do I torture myself with these fandoms? Why? WHY?

I ask myself that same question daily. Sometimes more than once. Usually before a "Doctor Who" episode or a reread of TFIOS.

DUDE. NOW I CAN TALK TO YOU ABOUT MY JACE/SIMON SHIPPING WHY DIDN'T YOU TELL ME YOU FINISHED IT

"I hope you told him you got bitten by a gay spider." OMYGOSHI love you, Simon...

This book is like the pinpoint of breakups. And Maia and Jordan... huh. But I still love Simon!!! He's my fave

I so agree on the Jocelyn thing... Jocelyn and Maia are quite frankly my least favourite characters. Like my reaction to Jocelyn this book and the previous one was wanting to strangle her every time she opened her mouth. Anyways anyone who goes against Jace, I'll probably hate. It's not only that though. She was genuinely annoying about the protecting Clary thing.