Take one Le Cordon Bleu-trained chef and one Plaid Cowboy.

Add a family ranch failing to make a profit.

Then top with a snooty, wealthy capitalist named Beef (he deserves to be called nothing else).

And what have you got?

This gem: a sweet, moderately angsty novel full of smex, cowboys, and sunsets.

Let's all take a moment. 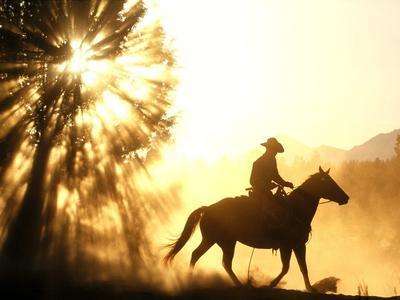 The ranch life here feels pretty authentic. Colby is a real working cowboy. He wears boots, rides a horse, herds cattle, fixes fences, and fucks like he means it.

And Riley: He realizes the way to a man's heart is through his...um, boots. Especially when you wear those boots and nothing else. 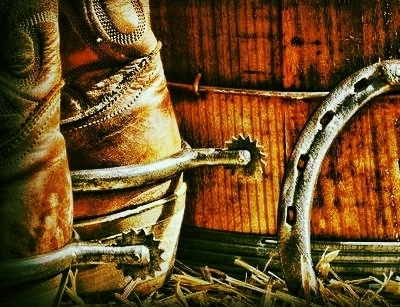 This definitely works as a standalone novel. The writing was fabulous. I got totally lost in the story and may have cursed up a storm when Colby and Riley failed to communicate time and time again, until both of them were like a freight train hurling toward something nearly unforgivable.

I saw the book take a turn in that direction, and I was DYING INSIDE. But...(view spoiler)[nope, no give-aways; you'll have to suffer and see. (hide spoiler)]

I wanted to kick Beef to the nearest fence post and leave him there.

There is definitely some angst here, most of it stemming from miscommunication. But there's lots of sweetness too. This is at heart a romantic story about two guys from very different worlds who learn that they have a lot more in common than they could ever have imagined.

"Maybe I could buy you some cows for your birthday." Riley slid his palm up Colby's shaft, feeling the flesh harden.

J *I did it all for the nookie.The book nookie* wrote: "Terrific review Dani!"

Thanks, J! Fun to write. I love me some cowboys.

Any which way would be good for me.

The title and cover aren't super great, but the book was fun.

The title and cover aren't super great, but the book was fun."

I actually didn't really look at the cover. Your pics were enough.

Awesome review, nothing better than cowboys (but that spoiler was mean - leading us on like that ;-))

Brad wrote: "Great review! What about the rest of the series? Have you read it? Is it recommendable too?"

Sweets, I haven't. This is the first book. I would imagine they would be good since it's the same author, but I guess you never know.

Tessi4M wrote: "Awesome review, nothing better than cowboys (but that spoiler was mean - leading us on like that ;-))"

It was totally mean, but I'm not sorry. ;) It's a major plot point, and I don't want to give it away.

Nick wrote: "I actually didn't really look at the cover. Your pics were e..."

A thousands words and all that....

I do love that last gif. HAWTNESS.

BTW, did you forget to maintain the rating? I don't see any stars?

Tessi4M wrote: "BTW, did you forget to maintain the rating? I don't see any stars?"

I just noticed that. I'm easily distracted. Added 4 stars, but it was more like 4.25.

Oh, yes, I always mention that at least in a spoiler.

(view spoiler)[There's a HEA! It's a well-earned one too. (hide spoiler)]

YAY! I'm glad you loved this one. That bodes well for me. :)