“As for literary criticism in general: I have long felt that any reviewer who expresses rage and loathing for a novel or a play or a poem is preposterous. He or she is like a person who has put on full armor and attacked a hot fudge sundae or a banana split.”
― kurt Vonnegut, Palm Sunday: An Autobiographical Collage
tags: bad-reviews, critics, literary-criticism, reviewers, writing
594 likes
Like 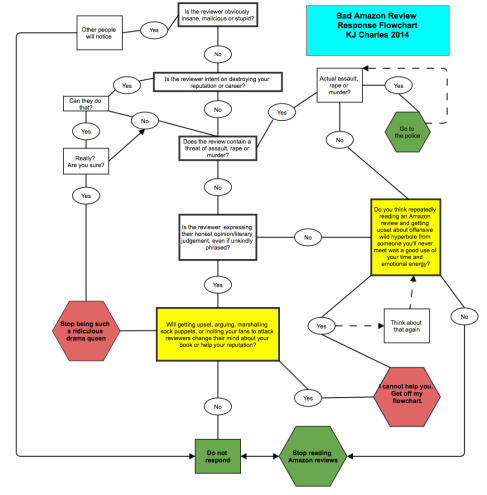 “I'm not interested in the reviews by critics over the age of 15.”
― Mark A. Cooper
tags: authors, criticism, critics, defend, protect, reading, reviewers, writers
64 likes
Like

“Making judgments on films is in many ways so peculiarly vaporous an occupation that the only question is why, beyond the obvious opportunities for a few lectures fees and a little careerism at a dispiritingly self-limiting level, anyone does it in the first place.”
― Joan Didion, The White Album
tags: critic, criticism, film, movie, reviewers
15 likes
Like

“Nature fits all her children with something to do, he who would write and can't write, can surely review.”
― James Russell Lowell
tags: nature, review, reviewers, writing
15 likes
Like

“[P]ersonally, I know I’d prefer to read an honest review by someone who has no reason to lie, than a book reviewer who has an employer and a publishing house to keep happy.”
― Catherine Ryan Howard
tags: bloggers, reviewers, reviews
15 likes
Like

“Too often do reviewers remind us of the mob of Astrologers, Chaldeans, and Soothsayers gathered before 'the writing on the wall' and unable to read the characters or make known the interpretation.”
― Charlotte Brontë
tags: bronte, reviewers
11 likes
Like

“[O]ne can scarcely be frightened off writing what one wants to write for fear an obscure reviewer should patronise one on that account.”
― Dorothy L. Sayers, The Letters of Dorothy L. Sayers 1899-1936: The Making of a Detective Novelist
tags: creative-process, honesty, integrity, pandering, reviewers, self-expression, selling-out, writing
10 likes
Like

“A good critic is trying to tell you what she has learned about herself from the reading of a particular piece of literature. A bad reviewer is often trying to tell you how smart he is by declaring whether or not he liked a particular book. If he liked the book, then this is the kind of book a superior person likes, and vice versa. He might try to explain why he didn’t like it, but the review is really just a tautology. “I didn’t like this book because it is bad,” is equivalent to “This book is bad because I didn’t like it.”
― Kevin Guilfoile
tags: get-over-yourself, reviewers, reviewing, solipsism, tautology, why-trolls-troll
9 likes
Like

“But 'I worked hard on this' doesn’t exempt you from criticism. Those harsh reviews aren’t about anyone being out to get me. It’s not an Authors vs. Reviewers thing. It’s people taking the time to express their opinions because they care about this stuff."

“Any reviewer who expresses rage and loathing for a novel is preposterous. He or she is like a person who has put on full armor and attacked a hot fudge sundae.”
― Kurt Vonnegut
tags: humor-inspirational, inspirational, life-lessons, rejection, reviewers
6 likes
Like

The other half are writing reviews of them."

[Surviving in the Amazon Jungle – How authors and reviewers can co-exist in a hostile environment (and run to court if they don’t), Blog post, March 20, 2014]”
― Pete Morin
tags: authors, criticism, publishing, reviewers, reviewing, self-publishing, spas
5 likes
Like

“Until one has some kind of professional relationship with books one does not discover how bad the majority of them are. In much more than nine cases out of ten the only objectively truthful criticism would be “This book is worthless”, while the truth about the reviewer’s own reaction would probably be “This book does not interest me in any way, and I would not write about it unless I were paid to.”
― George Orwell, All Art is Propaganda: Critical Essays
tags: books, reviewers, reviews
4 likes
Like

“I was going to suggest some hard-won guidelines for responsible reviewing. For instance: First, as in Hippocrates, do no harm. Second, never stoop to score a point or bite an ankle. Third, always understand that in this symbiosis, you are the parasite. Fourth, look with an open heart and mind at every different kind of book with every change of emotional weather because we are reading for our lives and that could be love gone out the window or a horseman on the roof. Fifth, use theory only as a periscope or a trampoline, never a panopticon, a crib sheet or a license to kill. Sixth, let a hundred Harolds Bloom.”
― John Leonard
tags: reviewers, reviews
3 likes
Like

“The American critic Dale Peck, author of Hatchet Jobs (2004), argues that reviewing finds its true character in critical GBH such as Fischer's [review of Martin Amis's Yellow Dog]. It represents a return to the prehistoric origins of reviewing in Zoilism - a kind of pelting of pretentious literature with dung, lest the writers get above themselves; it is to the novelist what the gown of humiliation was to the Roman politician - a salutary ordeal. Less grandly, bad reviews are fun, so long as you are not the author. There is, it must be admitted, a kind of furtive blood sport pleasure in seeing a novelist suffer. You read on. Whereas most of us stop reading at the first use of the word 'splendid' or 'marvellous' in a review.”
― John Sutherland
tags: authors, critical-culture, criticism, humiliation, negative-reviews, reviewers, reviews, writing
3 likes
Like

“Then I realized that I was falling victim to one of the fallacies of the bad reviewer (whose habits we already discussed at length in yesterday’s commentary). I was wishing that Hamid had written a different book than he had. How I might have written this story is completely irrelevant. It would be like dismissing The Godfather because I wished it were a musical. The novel needs to be considered on its own terms.”
― Kevin Guilfoile
tags: advice-for-writers, reviewers, reviewing, reviews, writing
2 likes
Like

“Remember, we all make our work available in a commercial transaction, the terms of which we, ourselves, dictate. If we give it away for free, that’s our decision, and there is no refuge in the lame defense, “what do you want for nothing?” The buyer does not waive his right to express his opinion."

“? Reviews are for readers AND authors. It’s a good way of learning from what people think about the work. Being it good or bad. A book might as well be hurt by a bad, poorly written review. That’s such a pity. Some people don’t know how to express themselves, and maybe that’s why they are just readers and not writers, others read a book like chewing a cupcake. That’s too bad. If that was not your cup of tea, leave it there, untouched. Don’t go bash the author for that. But if you really hate the book, why bother telling others. It’s your problem after all. You can give constructive opinions but don’t blame the author for your different tastes and views. Also authors shouldn’t comment on reviews, it sounds unprofessional, even silly. Some busy writers don’t even have time to read what other people say about their work. If someone enjoyed your book, or not, that is irrelevant. If you will continue or not to write something else it doesn´t add to the plate.. Besides, why bother commenting on a review, just read it and shut up. Being it good or bad. So my opinions about authors commenting on reviews is just my opinions after all!”
― Ana Claudia Antunes
tags: approval-of-others, authors, bad-reviews, book-reviews, books, disappointment, evaluating, evaluation, failure-and-success, fiction-writing, nreading, opinions, rates, readers-and-writers, reading-books, reviewed, reviewers, reviews, writers, writing, writing-books, writing-process
2 likes
Like

“Reviewers, with some rare exceptions, are a most stupid and malignant race.”
― Percy Bysshe Shelley, Adonais
tags: critics, reviewers
1 likes
Like

“If the book’s bad enough, they’ll publish it, and if it’s bad bad enough, the daily reviewers will love it, and it’ll sell.”
― James Purdy, Cabot Wright Begins
tags: book, reviewers
1 likes
Like

“An author’s great day is releasing your book into the world like a butterfly and having a reviewer come upon it and say…oh, that’s lovely!”
― Nanette L. Avery
tags: authors, books, butterfly, critic, criticism, good-days, novels, reviewed, reviewers, reviews
1 likes
Like

“The main challenges for a reviewer in peer reviewing:
- Knowing the field to which a certain manuscript belongs very well.
- Having experience in reviewing manuscripts.
- Having abilities to make reviewer’s remarks clear.
- Having enough time to evaluate the manuscript in depth.
- Obeying the editorial deadline for doing a review.
- Having a strong interest in scholarly journals.
- Being fluent in English.”
― Eraldo Banovac
tags: peer-review, reviewers, reviews
0 likes
Like

“Reevaluate your abilities each time when you have been offered to review
an article. And say no thanks if the topic doesn’t belong to the field of your expertise.”
― Eraldo Banovac
tags: peer-review, reviewers, reviews
0 likes
Like

All Quotes | My Quotes | Add A Quote