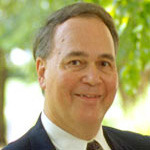 “This may not be art as art commonly goes; the lack of discipline, of control, would seem to rule it out of that category. And yet Woolrich's lack of control over emotions is a crucial element in his work, not only because it intensifies the fragility and momentariness of love but also because it tears away the comfortable belief, evident in some of the greatest works of the human imagination such as Oedipus Rex, that nobility in the face of nothingness is possible. And if Woolrich's work is not art as commonly understood, there is an art beyond art, whose form is not the novel or story but the scream; and of this art Woolrich is beyond doubt a master. ("Introduction")”