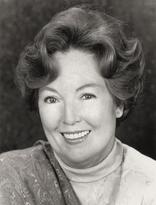 “She was a woman of a certain age. A woman who wanted a man, but for whom romance was like a foreign country she had not visited in some time. . . .

In the mirror over the dresser in her bedroom, she stared at her face. Some of the silvering had worn off the mirror, and soft, dark streaks slanting across the glass gave her image the aspect of a cameo, delicate, but distinctly antique. . . .

She would not speak with the waiter in French, nor would she order anything weird, such as squid. Certainly nothing that would be strong on her breath, like garlic, because what if. . . .? She hadn't been kissed in thirty years.”