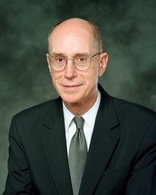 “Even a moment's reflection will help you see that the problem of using your time well is not a problem of the mind but of the heart. It will only yield to a change in the very way we feel about time. The value of time must change for us. And then the way we think about it will change, naturally and wisely.
That change in feeling and in thinking is combined in the words of a prophet of God in this dispensation. It was Brigham Young, and the year was 1877, and he was speaking at April general conference. He wasn't talking about time or schedules or frustrations with too many demands upon us. Rather, he was trying to teach the members of the Church how to unite themselves in what was called the united order. The Saints were grappling with the question of how property should be distributed if they were to live the celestial law. In his usual direct style, he taught the people that they were having trouble finding solutions because they misunderstood the problem. Particularly, he told them they didn't understand either property or the distribution of wealth. Here is what he said:

With regard to our property, as I have told you many times, the property which we inherit from our Heavenly Father is our time, and the power to choose in the disposition of the same. This is the real capital that is bequeathed unto us by our Heavenly Father; all the rest is what he may be pleased to add unto us. To direct, to counsel and to advise in the disposition of our time, pertains to our calling as God's servants, according to the wisdom which he has given and will continue to give unto us as we seek it. [JD 18:354]

Time is the property we inherit from God, along with the power to choose what we will do with it. President Young calls the gift of life, which is time and the power to dispose of it, so great an inheritance that we should feel it is our capital. The early Yankee families in America taught their children and grandchildren some rules about an inheritance. They were always to invest the capital they inherited and live only on part of the earnings. One rule was "Never spend your capital." And those families had confidence the rule would be followed because of an attitude of responsibility toward those who would follow in later generations. It didn't always work, but the hope was that inherited wealth would be felt a trust so important that no descendent would put pleasure ahead of obligation to those who would follow. Now, I can see and hear Brigham Young, who was as flinty a New Englander as the Adams or the Cabots ever hoped to be, as if he were leaning over this pulpit tonight. He would say something like this, with a directness and power I wish I could approach: "Your inheritance is time. It is capital far more precious than any lands or stocks or houses you will ever get. Spend it foolishly, and you will bankrupt yourself and cheapen the inheritance of those that follow you. Invest it wisely, and you will bless generations to come.
“A Child of Promise”, BYU Speeches, 4 May 1986”

45 likes
All Members Who Liked This Quote