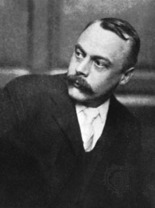 “It was a cold still afternoon with a hard steely sky overhead, when he slipped out of the warm parlour into the open air. The country lay bare and entirely leafless around him, and he thought that he had never seen so far and intimately into the insides of things as on that winter day when Nature was deep in her annual slumber and seemed to have kicked the clothes off. Copses, dells, quarries and all hidden places, which had been mysterious mines for exploration in leafy summer, now exposed themselves and their secrets pathetically, and seemed to ask him to overlook their shabby poverty for a while, til they could riot in rich masquerade as before, and trick and entice him with the old deceptions. It was pitiful in a way, and yet cheering-even exhilarating. He was glad that he liked the country undecorated, hard, and stripped of its finery. He had got down to the bare bones of it, and they were fine and strong and simple. He did not want the warm clover and the play of seeding grasses; the screens of quickset, the billowy drapery of beech and elm seemed best away; and with great cheerfulness of spirit he pushed on towards the Wild Wood, which lay before him low and threatening, like a black reef in some still southern sea.”