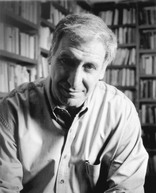 “A Partial History of My Stupidity

Traffic was heavy coming off the bridge
and I took the road to the right, the wrong one,
and got stuck in the car for hours.

Most nights I rushed out into the evening
without paying attention to the trees,
whose names I didn't know,
or the birds, which flew heedlessly on.

I couldn't relinquish my desires
or accept them, and so I strolled along
like a tiger that wanted to spring,
but was still afraid of the wildness within.

The iron bars seemed invisible to others,
but I carried a cage around inside me.

I cared too much what other people thought
and made remarks I shouldn't have made.
I was slient when I should have spoken.

Forgive me, philosophers,
I read the Stoics but never understood them.

I felt that I was living the wrong life,
spiritually speaking,
while halfway around the world
thousands of people were being slaughtered,
some of them by my countrymen.

So I walked on--distracted, lost in thought--
and forgot to attend to those who suffered
far away, nearby.

Forgive me, faith, for never having any.

I did not believe in God,
who eluded me.”

26 likes
All Members Who Liked This Quote