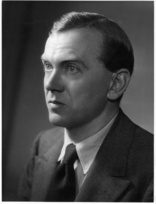 “It's strange how the human mind swings back and forth, from one extreme to another. Does truth lie at some point of th pendulum's swing, at a point where it never rests, not in the dull prependicular mean where it dangles in the end like a windless flag, but at an angle, nearer one extreme than another? If only a miracle could stop the pendulum at an angle of sixty degrees, one would believe the truth was there. Well, the pendulum swung today and I thought, instead of my own body, of Maurice's. I thought of certain lines life had put on his face as personal as a line of his writing: I thought of a new scar on his shoulder that wouldn't have been there if once he hadn't tried to protect another man's body from a falling wall. He didn't tell me why he was in hospital those three days: Henry told me. That scar was part of his character as much as his jealousy. And so I thought, do I want that body to be vapour (mine yes, but his?), and I knew I wanted that scar to exist through all eternity. But could my vapour love that scar? Then I began to want my body that I hated, but only because it could love that scar. We can love with our minds, but can we love only with our minds? Love extends itself all the time, so that we can even love with our senseless nails: we love even with our clothes, so that a sleeve can feel a sleeve.”