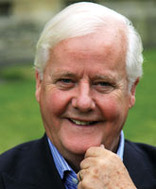 “Christians simply haven't developed Christian tools of analysis to examine culture properly. Or rather, the tools the church once had have grown rusty or been mislaid. What often happens is that Christians wake up to some incident or issue and suddenly realize they need to analyze what's going on. Then, having no tools of their own, they lean across and borrow the tools nearest them.

They don't realize that, in their haste, they are borrowing not an isolated tool but a whole philosophical toolbox laden with tools which have their own particular bias to every problem (a Trojan horse in the toolbox, if you like). The toolbox may be Freudian, Hindu or Marxist. Occasionally, the toolbox is right-wing; more often today it is liberal or left-wing (the former mainly in North America, the latter mainly in Europe). Rarely - and this is all that matters to us - is it consistently or coherently Christian.

When Christians use tools for analysis (or bandy certain terms of description) which have non-Christian assumptions embedded within them, these tools (and terms) eventually act back on them like wearing someone else's glasses or walking in someone else's shoes. The tools shape the user. Their recent failure to think critically about culture has made Christians uniquely susceptible to this.”