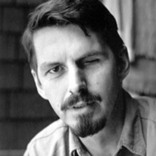 “Still, no one finally knows what a poet is supposed either to be or to do. Especially in this country, one takes on the job—because all that one does in America is considered a "job"—with no clear sense as to what is required or where one will ultimately be led. In that respect, it is as particular an instance of a "calling" as one might point to. For years I've kept in mind, "Many are called but few are chosen." Even so "called," there were no assurances that one would be answered.”