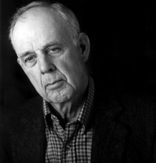 “The United States has 250 Billion tons of recoverable coal reserves - enough to last 100 years even at double the current rate of consumption.' We humans have inhabited the earth for many thousands of years, and now we can look forward to surviving for another hundred by doubling our consumption of coal? This is national security? The world-ending fire of industrial fundamentalism may already be burning in our furnaces and engines, but if it will burn for a hundred more years, that will be fine. Surely it would be better to intend straightforwardly to contain the fire and eventually put it out! But once greed has been made an honorable motive, then you have an economy without limits. It has no place for temperance or thrift or the ecological law of return. It will do anything. It is monstrous by definition.”

15 likes
All Members Who Liked This Quote