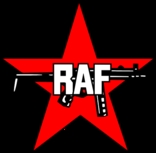 “The fact is that the system in the metropole reproduces itself through an ongoing offensive against the people’s psyche, not in an openly fascist way, but rather through the market.

Therefore, to write off entire sections of the population as an impediment to anti-imperialist struggle, simply because they don’t fit into Marx’ analysis of capitalism, is as insane and sectarian as it is un-Marxist.”