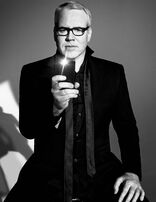 “The newspapers kept stroking my fear. New surveys provided awful statistics on just about everything. Evidence suggested that we were not doing well. Researchers gloomily agreed. Environment psychologists were interviewed. Damage had ‘unwittingly’ been done. There were ‘feared lapses’. There were ‘misconceptions’ about potential. Situations had ‘deteriorated’. Cruelty was on the rise and there was nothing anyone could do about it. The populace was confounded, yet didn’t care. Unpublished studies hinted that we were all paying a price. Scientists peered into data and concluded that we should all be very worried. No one knew what normal behavior was anymore, and some argued that this was a form of virtue. And no one argued back. No one challenged anything. Anxiety was soaking up most people’s days. Everyone had become preoccupied with horror. Madness was fluttering everywhere. There was fifty years of research supporting this data. There were diagrams illustrating all of these problems – circles and hexagons and squares, different sections colored in lime or lilac or gray. Most troubling were the fleeting signs that nothing could transform any of this into something positive. You couldn’t help being both afraid and fascinated. Reading these articles made you feel that the survival of mankind didn’t seem very important in the long run. We were doomed. We deserved it. I was so tired.”