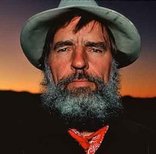 “The moral duty of the free writer is to begin his work at home: to be a critic of his own community, his own country, his own government, his own culture. The more freedom the writer possesses, the greater the moral obligation to play the role of critic.”