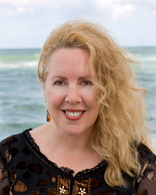 I'm tired of the Language Police turning a deaf ear (banned as handicapism) to my complaints. I'm no Pollyanna (banned as sexist) and will not accept any lame (banned as offensive; replace with "walks with a cane") excuses at this time.

As an heiress (banned as sexist; replace with "heir") to the first amendment, I feel that only a heretic (use with caution when comparing religions) would try to stop American vernacular from flourishing in all its inspirational (banned as patronizing when referring to a person with disabilities) splendor.”