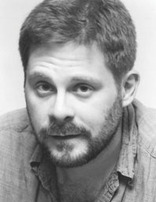 “Andras Riedlmayer described a colleague who survived the siege of Sarajevo. In the winter, the scholar and his wife ran out of firewood, and so began to burn their books for heat and cooking. 'This forces one to think critically,' Riedlmayer remembered his friend saying. 'One must prioritize. First you burn old college textbooks, which you haven't read in thirty years. Then there are the duplicates. But eventually, you're forced to make tougher choices. Who burns today: Dostoevsky or Proust?' I asked Riedlmayer if his friend had any books left when the war was over. 'Oh yes,' he replied, his face lit by a flickering smile. 'He still had many books. Sometimes, he told me, you look at the books and just choose to go hungry.”