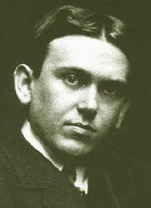 “Monogamy, in brief, kills passion -- and passion is the most dangerous of all the surviving enemies to what we call civilization, which is based upon order, decorum, restraint, formality, industry, regimentation. The civilized man -- the ideal civilized man -- is simply one who never sacrifices the common security to his private passions. He reaches perfection when he even ceases to love passionately -- when he reduces the most profound of all his instinctive experiences from the level of an ecstasy to the level of a mere device for replenishing the armies and workshops of the world, keeping clothes in repair, reducing the infant death-rate, providing enough tenants for every landlord, and making it possible for the Polizei to know where every citizen is at any hour of the day or night. Monogamy accomplishes this, not by producing satiety, but by destroying appetite. It makes passion formal and uninspiring, and so gradually kills it.”

40 likes
All Members Who Liked This Quote