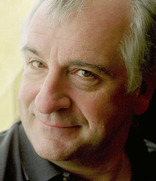 “Q: Do you feel concerned that after all this work, people won't treat [Starship Titanic] with the gravity of, say, a movie or a book? That they won't treat it as an art form?

D.A.: I hope that's the case, yes. I get very worried about this idea of art. Having been an English literary graduate, I've been trying to avoid the idea of doing art ever since. I think the idea of art kills creativity. ... [I]f somebody wants to come along and say, "Oh, it's art," that's as may be. I don't really mind that much. But I think that's for other people to decide after the fact. It isn't what you should be aiming to do. There's nothing worse than sitting down to write a novel and saying, "Well, okay, I'm going to do something of high artistic worth." ... I think you get most of the most interesting work done in fields where people don't think they're doing art, but merely practicing a craft, and working as good craftsmen. ... I tend to get very suspicious of anything that thinks it's art while it's being created.”

62 likes
All Members Who Liked This Quote