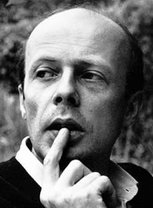 “In the period of which we speak, there reigned in the cities a stench barely conceivable to us modern men and women. The streets stank of manure, the courtyards of urine, the stairwells stank of moldering wood and rat droppings, the kitchens of spoiled cabbage and mutton fat; the unaired parlors stank of stale dust, the bedrooms of greasy sheets, damp featherbeds, and the pungently sweet aroma of chamber pots. The stench of sulfur rose from the chimneys, the stench of caustic lyes from the tanneries, and from the slaughterhouses came the stench of congealed blood. People stank of sweat and unwashed clothes; from their mouths came the stench of rotting teeth, from their bellies that of onions, and from their bodies, if they were no longer very young, came the stench of rancid cheese and sour milk and tumorous disease. The rivers stank, the marketplaces stank, the churches stank, it stank beneath the bridges and in the palaces.The peasant stank as did the priest, the apprentice as did his master’s wife, the whole of the aristocracy stank, even the king himself stank, stank like a rank lion, and the queen like an old goat, summer and winter”