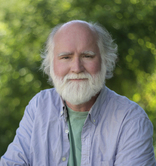 “The Pop-Tarts page is often aflutter. Pop-Tarts, it says as of today (February 8, 2008), were discontinued in Australia in 2005. Maybe that's true. Before that it said that Pop-Tarts were discontinued in Korea. Before that Australia. Several days ago it said: "Pop-Tarts is german for Little Iced Pastry O' Germany." Other things I learned from earlier versions: More than two trillion Pop-Tarts are sold each year. George Washington invented them. They were developed in the early 1960s in China. Popular flavors are "frosted strawberry, frosted brown sugar cinnamon, and semen." Pop-Tarts are a "flat Cookie." No: "Pop-Tarts are a flat Pastry, KEVIN MCCORMICK is a FRIGGIN LOSER notto mention a queer inch." No: "A Pop-Tart is a flat condom." Once last fall the whole page was replaced with "NIPPLES AND BROCCOLI!!!!!”