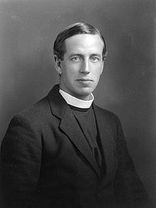 “Hope is something that is demanded of us; it is not, then, a mere reasoned calculation of our chances. Nor is it merely the bubbling up of a sanguine temperament; if it is demanded of us, it lies not in the temperament but in the will... Hoping for what? For delivereance from persecution, for immunity from plague, pestilence, and famine...? No, for the grace of persevering in his Christian profession, and for the consequent achievement of a happy immortality. Strictly speaking, then, the highest exercise of hope, supernaturally speaking, is to hope for perseverance and for Heaven when it looks, when it feels, as if you were going to lose both one and the other.”