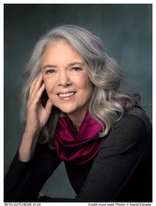 “Raymond, through some curious alchemy of his own, had come really to think a divorce was something you could win, as opposed to a situation in which the wounded attempt to contain loss. She once said to her friend Annie, “It’s like fighting over who gets the litterbox after the cat is dead. Raymond has forgotten we ever had a cat; he actually wants the litterbox. Full.” She said Annie had laughed and then Martha cried”