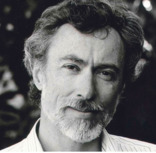 “A few days ago I heard a performance of the Sibelius fifth symphony. As the closing bars approached, I experienced exactly the large, swelling emotion that the music was written to elicit. What would it have been like, I wondered, to be a Finn in the audience at the first performance of the symphony in Helsinki nearly a century ago, and feel that swell overtake one? The answer: one would have felt proud, proud that one of us could put together such sounds, proud that out of nothing we human beings can make such stuff. Contrast with that one´s feelings of shame that we, our people, have made Guantanamo. Musical creation on the one hand, a machine for inflicting pain and humiliation on the other: the best and the worst that human beings are capable of.”