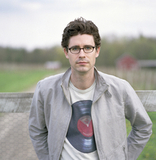 “We thanked each other. It was customary after every exchange. Our thanks were never disingenuous or ironic. We said thanks for getting this done so quickly, thanks for putting in so much effort. We had a meeting and when a meeting was over, we said thank you to the meeting makers for having made the meeting. Very rarely did we say anything negative or derogatory about meetings. We all knew there was a good deal of pointlessness to nearly all the meetings and in fact one meeting out of every three or four was nearly perfectly without gain or purpose but many meetings revealed the one thing that was necessary and so we attended them and afterward we thanked each other.”