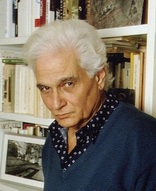 “Here again, the difference between the effective and the virtual, between mourning and its possibility, seems fragile and porous. The anguished apprehension of mourning (without which the act of friendship would not spring forth in its very energy) insinuates itself a priori and anticipates itself; it haunts and plunges the friend, before mourning, into mourning. This apprehension weeps before the lamentation, it weeps death before death, and this is the very respiration of friendship, the extreme of its possibility. Hence surviving is at once the essence, the origin and the possibility, the condition of possibility of friendship; it is the grieved act of loving. This time of surviving thus gives the time of friendship.”