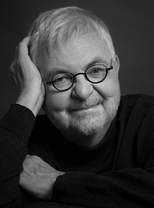 “Tonight, no one will rage and cry: "My Kingdom for a horse!" No ghost will come to haunt the battlements of a castle in the kingdom of Denmark where, apparently something is rotten. Nor will anyone wring her hands and murmur: "Leave, I do not despise you." Three still young women will not retreat to a dacha whispering the name of Moscow, their beloved, their lost hope. No sister will await the return of her brother to avenge the death of their father, no son will be forced to avenge an affront to his father, no mother will kill her three children to take revenge on their father. And no husband will see his doll-like wife leave him out of contempt. No one will turn into a rhinoceros. Maids will not plot to assassinate their mistress, after denouncing her lover and having him jailed. No one will fret about "the rain in Spain!" No one will emerge from a garbage pail to tell an absurd story. Italian families will not leave for the seashore. No soldier will return from World War II and bang on his father's bedroom dor protesting the presence of a new wife in his mother's bed. No evanescent blode will drown. No Spanish nobleman will seduce a thousand and three women, nor will an entire family of Spanish women writhe beneath the heel of the fierce Bernarda Alba. You won't see a brute of a man rip his sweat-drenched T-shirt, shouting: "Stella! Stella!" and his sister-in-law will not be doomed the minute she steps off the streetcar named Desire. Nor will you see a stepmother pine away for her new husband's youngest son. The plague will not descend upon the city of Thebes, and the Trojan War will not take place. No king will be betrayed by his ungrateful daughters. There will be no duels, no poisonings, no wracking coughs. No one will die, or, if someone must die, it will become a comic scene. No, there will be none of the usual theatrics. What you will see tonight is a very simple woman, a woman who will simply talk...”