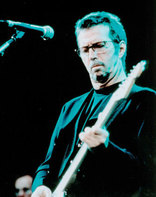 “At first the music almost repelled me, it was so intense, and this man made no attempt to sugarcoat what he was trying to say, or play. It was hard-core, more than anything I had ever heard. After a few listenings I realized that, on some level, I had found the master, and that following this man's example would be my life's work.”