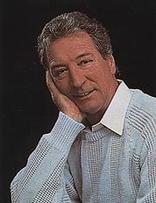 “She tries to move toward him, but the path is covered with gravel, which slows her down. Then he turns his head and sees her. He puts down his brush and comes closer, and the closer he comes, the closer he comes, the happier she is she didn't put on mascara, she doesn't want to cry but she can't help it, she can hardly see him through the welling tears. She quickly wipes her eyes. She looks at him. He's standing two steps away. She could stretch out her hand, he'd come even closer, she could touch him. He's the same, thinner, the most beautiful man in the world, with the eyes Germain Pire described to her, a very pale blue, almost gray, quiet and gentle, with something struggling in their depths, a child, a soul of agony. His voice hasn't changed.

The first thing she hears him say--it's terrible--he asks her, "You can't walk?" She shakes her head. He sighs, goes back to his painting. She pushes the wheels, moves toward the shed. He looks over at her again, he smiles. "You want to see what I'm doing?" She nods her head. "I'll show you in a little bit," he says. "But not right now, it's not finished."

She looks at him.”