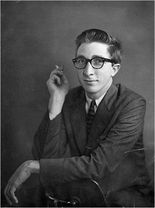 “To be human is to be in the tense condition of a death-foreseeing, consciously libidinous animal. No other earthly creature suffers such a capacity for thought, such a complexity of envisioned but frustrated possibilities, such a troubling ability to question the tribal and biological imperatives. ”