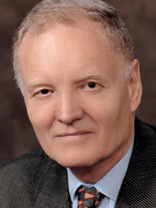 “No country without a revolution or a military defeat and subsequent occupation has ever experienced such a sharp a shift in the distribution of earnings as America has in the last generation. At no other time have median wages of American men fallen for more than two decades. Never before have a majority of American workers suffered real wage reductions while the per capita domestic product was advancing.

Beside falling real wages, America's other economic problems pale into insignificance. The remedies lie in major public and private investments in research and development and in creating skilled workers to insure that tomorrow's high-wage, brain-power industries generate much of their employment in the United States.

Yet if one looks at the weak policy proposals of both Democrats and Republicans, ‘it is a tale, told by an idiot, full of sound and fury, signifying nothing.”