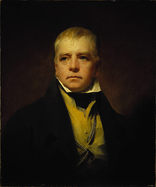 “There is more sense in your language, Bucklaw," replied the Master, "than might have been expected from your conduct - it is too true, our vices steal upon us in forms outwardly fair as those of the demons whom the superstitious represent as intriguing with the human race, and are not discovered in their native hideousness until we have clasped them in our arms.”