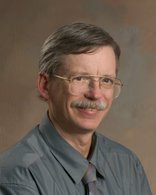 “The teacher took two long strides and stood beside Parker’s desk. Before the boy could speak, Mr. Earl threw the desktop open. For a second, he stared into it. A white glow reflected off his face.
“What is this?” he said, as he reached toward the brightness.
“Careful, Mr. Earl,” Parker started to say, but it was too late.
The teacher screeched before lurching against the desk. He went down quickly, his feet vanishing into the desk last.”