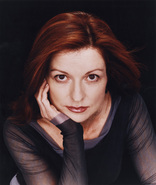 “Materialism has defeated feminism as well. In a sign of the times, Gloria Steinem was on the picket line when the first American DeBeers store opened on Fifth Avenue in June 2005, protesting the evictions of Bushmen in Botswana to make room for diamond miners and the charges that the company dealt in "blood diamonds" used to finance civil wars in Africa.
Her presence meant nothing to young Hollywood beauties who are pleased to shill for the diamond industry in magazine layouts and personal appearances.
As Steinem stood outside, Lindsay Lohan was inside the party, gushing over the possibility that she could get to wear one of the big rocks.
Asked by reporters about the Bushmen controversy, she shrugged it off: "I don't get involved in any drama.”