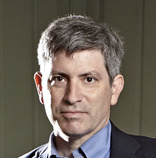 “In 1494, King Charles VIII of France invaded Italy. Within months, his army collapsed and fled. It was routed not by the Italian army but by a microbe. A mysterious new disease spread through sex killed many of Charles’s soldiers and left survivors weak and disfigured. French soldiers spread the disease across much of Europe, and then it moved into Africa and Asia. Many called it the French disease. The French called it the Italian disease. Arabs called it the Christian disease. Today, it is called syphilis.”