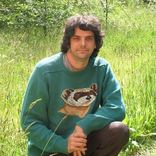 “There have existed, and for the time being still exist, many cultures whose members refuse to cut the vocal cords of the planet, and refuse to enter into the deadening deal which we daily accept as part of living. It is perhaps significant that prior to contact with Western Civilization many of these cultures did not have rape, nor did they have child abuse (the Okanagans of what is now British Columbia, to provide just one example, had neither word nor concept in their language corresponding to the abuse of a child.)”