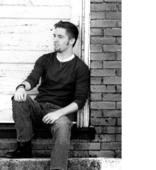 “Sure, some find gunning down unsuspecting, innocent animals to be a real hoot. I mean, for Christ sake, they mantle the decapitated, formaldehyde-stuffed heads on the wall. Then, of course, there are the people who enjoy putting sunglasses or hats on it, even putting a blowout in its mouth as if it were an avid party animal. If it had any hands, there would surely be a plastic cup full of cheap beer in it, as well. We can’t forget that it would be named some horrendous name, such as Bill or Frank, something so plain, ordinary, and down-right ridiculous that makes me want to bitch-slap the perpetrators. ”