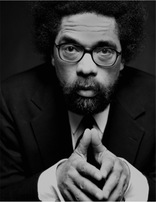 “White supremacist ideology is based first and foremost on the degradation of black bodies in order to control them. One of the best ways to instill fear in people is to terrorize them. Yet this fear is best sustained by convincing them that their bodies are ugly, their intellect is inherently underdeveloped, their culture is less civilized, and their future warrants less concern than that of other peoples.”

46 likes
All Members Who Liked This Quote