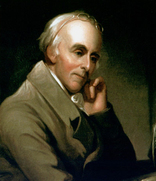 “The only foundation for a useful education in a republic is to be laid in religion. Without this there can be no virtue, and without virtue there can be no liberty; and liberty is the object and life of all republican governments....We waste so much time and money in punishing crimes, and take so little pains to prevent them. We profess to be republicans, and yet we neglect the only means of establishing and perpetuating our republican forms of government, that is, the universal education of our youth in the principles of Christianity, by means of the Bible; for this divine book, above all others favors that equality among mankind, that respect for just laws.”