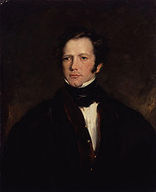 “The squadron of men-of-war and transports was collected, the commodore’s flag hoisted, and the expedition sailed with most secret orders, which, as usual, were as well known to the enemy, and everybody in England, as they were to those by whom they were given. It is the characteristic of our nation, that we scorn to take any unfair advantage, or reap any benefit, by keeping our intentions a secret. We imitate the conduct of that English tar, who, having entered a fort, and meeting a Spanish officer without his sword, being providentially supplied with two cut-lasses himself, immediately offered him one, that they might engage on fair terms.

The idea is generous, but not wise. But I rather imagine that this want of secrecy arises from all matters of importance being arranged by cabinet councils. In the multitude of counsellors there may be wisdom, but there certainly is not secrecy. Twenty men have probably twenty wives, and it is therefore twenty to one but the secret transpires through that channel. Further, twenty men have twenty tongues; and much as we complain of women not keeping secrets, I suspect that men deserve the odium of the charge quite as much, if not more, than women do. On the whole, it is forty to one against secrecy, which, it must be acknowledged, are long odds.

On the arrival of the squadron at the point of attack, a few more days were thrown away,—probably upon the same generous principle of allowing the enemy sufficient time for preparation.”