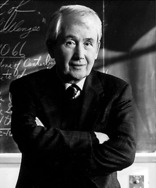 “The master says it's a glorious thing to die for the Faith and Dad says it's a glorious thing to die for Ireland and I wonder if there's anyone in the world who would like us to live. My brothers are dead and my sister is dead and I wonder if they died for Ireland or the Faith. Dad says they were too young to die for anything. Mam says it was disease and starvation and him never having a job. Dad says, Och, Angela, puts on his cap and goes for a long walk”