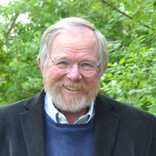 “People in the West like to shoot things. When they first got to the West they shot buffalo. Once there were 70 million buffalo on the plains and then the people of the West started blasting away at them. Buffalo are just cows with big heads. If you've ever looked a cow in the face and seen the unutterable depths of trust and stupidity that lie within, you will be able to guess how difficult it must have been for people in the West to track down buffalo and shoot them to pieces. By 1895, there were only 800 buffalo left, mostly in zoos and touring Wild West shows. With no buffalo left to kill, Westerners started shooting Indians. Between 1850 and 1890 they reduced the number of Indians in America from two million to 90,000.

Nowadays, thank goodness, both have made a recovery. Today there are 30,000 buffalo and 300,000 Indiands, and of course you are not allowed to shoot either, so all the Westerners have left to shoot at are road signs and each other, both of which they do rather a lot. There you have a capsule history of the West.”