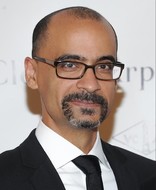 “...her other paramour was a student at the UASD -- one of those City College types who's been in school eleven years and is always five credits shy of a degree. Students today don't mean na; but in Latin America whipped into a frenzy by the fall of Arbenz, by the stoning of Nixon, by the Guerillas of the Sierra Madre, by the endless cynical maneuverings of the Yankee Pig Dogs -- in a Latin America already a year and a half into the Decade of Guerilla -- a student was something else altogether, an agent for change, a quantum string in the staid Newtonian universe. Such a student was Arquimedes. He also listened to the shortwave, but not for Dodgers scores; what he risked his life for was the news leaking out of Havana, news of the future. Arquemides was, therefore, a student, the son of a Zapatero and a midwife, a tirapiedra and a quemagoma for life. Being a student wasn't a joke, not with Trujillo and Johnny Abbes scooping up everybody following the foiled Cuban Invasion of 1959.”