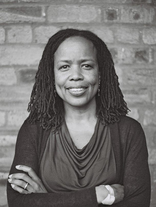 “Every generation confronts the task of choosing its past. Inheritances are chosen as much as they are passed on. The past depends less on 'what happened then' than on the desires and discontents of the present. Strivings and failures shape the stories we tell. What we recall has as much to do with the terrible things we hope to avoid as with the good life for which we yearn. But when does one decide to stop looking to the past and instead conceive of a new order? When is it time to dream of another country or to embrace other strangers as allies or to make an opening, an overture, where there is none? When is it clear that the old life is over, a new one has begun, and there is no looking back? From the holding cell was it possible to see beyond the end of the world and to imagine living and breathing again?”