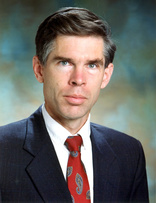 “Said Red Molly to James that's a fine motorbike
A girl could feel special on any such like
Said James to Red Molly, my hat's off to you
It's a Vincent Black Lightning, 1952
And I've seen you at the corners and cafes it seems
Red hair and black leather, my favourite colour scheme
And he pulled her on behind
And down to Boxhill they did ride

Said James to Red Molly, here's a ring for your right hand
But I'll tell you in earnest I'm a dangerous man
I've fought with the law since I was seventeen
I robbed many a man to get my Vincent machine
Now I'm 21 years, I might make 22
And I don't mind dying, but for the love of you
And if fate should break my stride
Then I'll give you my Vincent to ride

Come down, come down, Red Molly, called Sergeant McRae
For they've taken young James Adie for armed robbery
Shotgun blast hit his chest, left nothing inside
Oh, come down, Red Molly to his dying bedside
When she came to the hospital, there wasn't much left
He was running out of road, he was running out of breath
But he smiled to see her cry
And said I'll give you my Vincent to ride

Says James, in my opinion, there's nothing in this world
Beats a 52 Vincent and a red headed girl
Now Nortons and Indians and Greeveses won't do
They don't have a soul like a Vincent 52
He reached for her hand and he slipped her the keys
He said I've got no further use for these
I see angels on Ariels in leather and chrome
Swooping down from heaven to carry me home
And he gave her one last kiss and died
And he gave her his Vincent to ride”