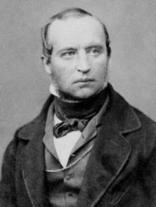 “At that shameful stage in the development of our criticism, literary abuse would overstep all limits of decorum; literature itself was a totally extraneous matter in critical articles: they were pure invective, a vulgar battle of vulgar jokes, double-entendres, the most vicious calumnies and offensive constructions. It goes without saying, that in this inglorious battle, the only winners were those who had nothing to lose as far as their good name was concerned. My friends and I were totally deluded. We imagined ourselves engaged in the subtle philosophical disputes of the portico or the academy, or at least the drawing room. In actual fact we were slumming it.”