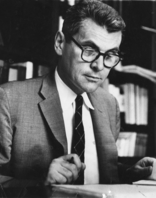 “In agricultural communities, male leadership in the hunt ceased to be of much importance. As the discipline of the hunting band decayed, the political institutions of the earliest village settlements perhaps approximated the anarchism which has remained ever since the ideal of peaceful peasantries all round the earth. Probably religious functionaries, mediators between helpless mankind and the uncertain fertility of the earth, provided an important form of social leadership. The strong hunter and man of prowess, his occupation gone or relegated to the margins of social life, lost the umambiguous primacy which had once been his; while the comparatively tight personal subordination to a leader necessary to the success of a hunting party could be relaxed in proportion as grain fields became the center around which life revolved.

Among predominantly pastoral peoples, however, religious-political institutions took a quite different turn. To protect the flocks from animal predators required the same courage and social discipline which hunters had always needed. Among pastoralists, likewise, the principal economic activity- focused, as among the earliest hunters, on a parasitic relation to animals- continued to be the special preserve of menfolk. Hence a system of patrilineal families, united into kinship groups under the authority of a chieftain responsible for daily decisions as to where to seek pasture, best fitted the conditions of pastoral life. In addition, pastoralists were likely to accord importance to the practices and discipline of war. After all, violent seizure of someone else’s animals or pasture grounds was the easiest and speediest way to wealth and might be the only means of survival in a year of scant vegetation.

Such warlikeness was entirely alien to communities tilling the soil. Archeological remains from early Neolithic villages suggest remarkably peaceful societies. As long as cultivable land was plentiful, and as long as the labor of a single household could not produce a significant surplus, there can have been little incentive to war. Traditions of violence and hunting-party organization presumably withered in such societies, to be revived only when pastoral conquest superimposed upon peaceable villagers the elements of warlike organization from which civilized political institutions without exception descend.”