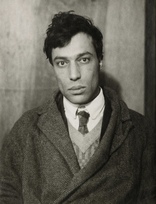 “I think that if the beast who sleeps in man could be held down by threats - any kind of threat, whether of jail or of retribution after death - then the highest emblem of humanity would be the lion tamer in the circus with his whip, not the prophet who sacrificed himself. But don't you see, this is just the point - what has for centuries raised man above the beast is not the cudgel but an inward music: the irresistible power of unarmed truth, the powerful attraction of its example. It has always been assumed that the most important things in the Gospels are the ethical maxims and commandments. But for me the most important thing is that Christ speaks in parables taken from life, that He explains the truth in terms of everyday reality. The idea that underlies this is that communion between mortals is immortal, and that the whole of life is symbolic because it is meaningful.”