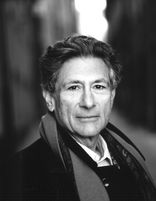 “... the connection between imperial politics and culture is astonishingly direct. American attitudes to American "greatness", to hierarchies of race, to the perils of "other" revolutions (the American revolution being considered unique and somehow unrepeatable anywhere else in the world) have remained constant, have dictated, have obscured, the realities of empire, while apologists for overseas American interests have insisted on American innocence, doing good, fighting for freedom.”