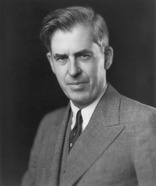 “The really dangerous American fascist... is the man who wants to do in the United States in an American way what Hitler did in Germany in a Prussian way. The American fascist would prefer not to use violence. His method is to poison the channels of public information. With a fascist the problem is never how best to present the truth to the public but how best to use the news to deceive the public into giving the fascist and his group more money or more power... They claim to be super-patriots, but they would destroy every liberty guaranteed by the Constitution. They demand free enterprise, but are the spokesmen for monopoly and vested interest. Their final objective, toward which all their deceit is directed, is to capture political power so that, using the power of the state and the power of the market simultaneously, they may keep the common man in eternal subjection.

106 likes
All Members Who Liked This Quote